There are many factors that can contribute to someone’s ability to bruise easily. Mostly, it has to do with age groups and the types of activities they regularly engage in. Everyday activities can take a toll on your skin and it’s ability to recover. But just because you bruise easily, doesn’t mean it has to show! Here’s a breakdown of common causes of bruising.

Why do Seniors Bruise Easily ? 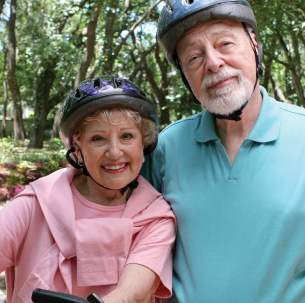 More and more seniors are continuing their active lifestyles established in their 30’s and 40’s well into their retirement. Afterall, 60 is the new 40! An increase in physical activity could also mean an increase in the possibility of injury. Seniors who bruise easily will also find that the bruises create a lower self-esteem, if even for a couple of weeks. Growing life expectancy also contributes to increased bruising in seniors, because skin becomes thinner as it ages, causing the capillaries to appear closer to the surface. Often, senior citizens are prone to bruise easily because of medications such as blood thinners, which cause bruising because their anti-clotting effects push the blood closer to the skin.

Why do People Bruise Easily Under Their Eyes?

Lack of sleep and stress can cause bags under eyes for many adults. Sometimes there just aren’t enough hours in the day to accomplish everything required of us and all too often, we wear that stress on our faces. The skin under our eyes is thin and often times, dark circles can appear as a result of sleeplessness or insomnia. Staying up late with a fussy baby or stressful final exams can easily result in lack of sleep and cause you to bruise easily under the eyes.

In order to remedy the signs of aging, many men and women are turning to elective cosmetic procedures. Cosmetic surgeries and even minimally invasive procedures can sometimes cause people to bruise easily. We all want to look our best and bruising can sometimes get in the way of our recovery. 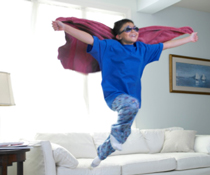 Kids will be kids! This is a phrase we all know and have come to associate with bumps and bruises. Children who are very active will often bruise easily because of little accidents caused by their high energy levels and active lifestyles. Babies who are anxiously trying to become toddlers will experience their fair share of falling before becoming successful. Learning to ride a bike or skateboard can be a very rewarding activity for kids except when it’s the day before picture day. Parents have come to expect that healthy, active children will simply bruise easily.

What can you do if you bruise easily?

Besides taking extra care and trying to squeeze in a few extras hours of sleep, there’s little you can do to prevent bruising if you bruise easily. Luckily, using BruiseCreme virtually eliminates bruising by hydrating the skin and reducing the appearance of skin discoloration. Get your bottle of BruiseCreme at your local pharmacy or order online, and let us know how it feels to be bruise free!